Group G started with clash of big rivals-Argentina faced England, 5th time since 1990. Despite several scored opportunites there were no goals and another episode of Anglo-Argentinian football war ended with a draw, so did another match of that group, as Iran and Ivory coast also failed to score in that round. Second and third round of matches brought narrow victories of Argentina and England over Iran and Ivory Coast. Argentina, equal on points and goal difference with England, topped the group thanks to one more goal scored. 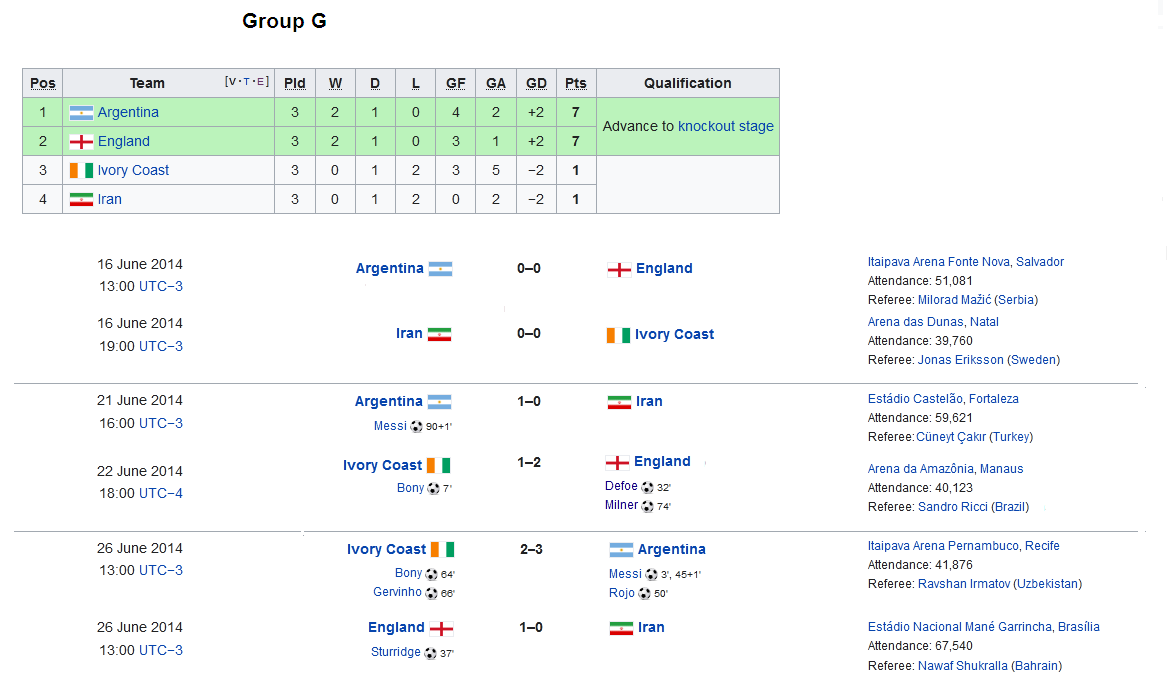 Scotland started its 2014 World Cup campaign from unexpected victory over Netherlands, but fortune of these teams switched in later games-Netherlands defeated USA and Colombia and topped the group, while Scotland suffered two defeats and failed to advance. Colombia and USA tied 1-1 with each other and then both won against Scotland and lost to Netherlands, finishing equal on points. Colombia advanced to knockout stage as runner-up thanks to better goal difference. 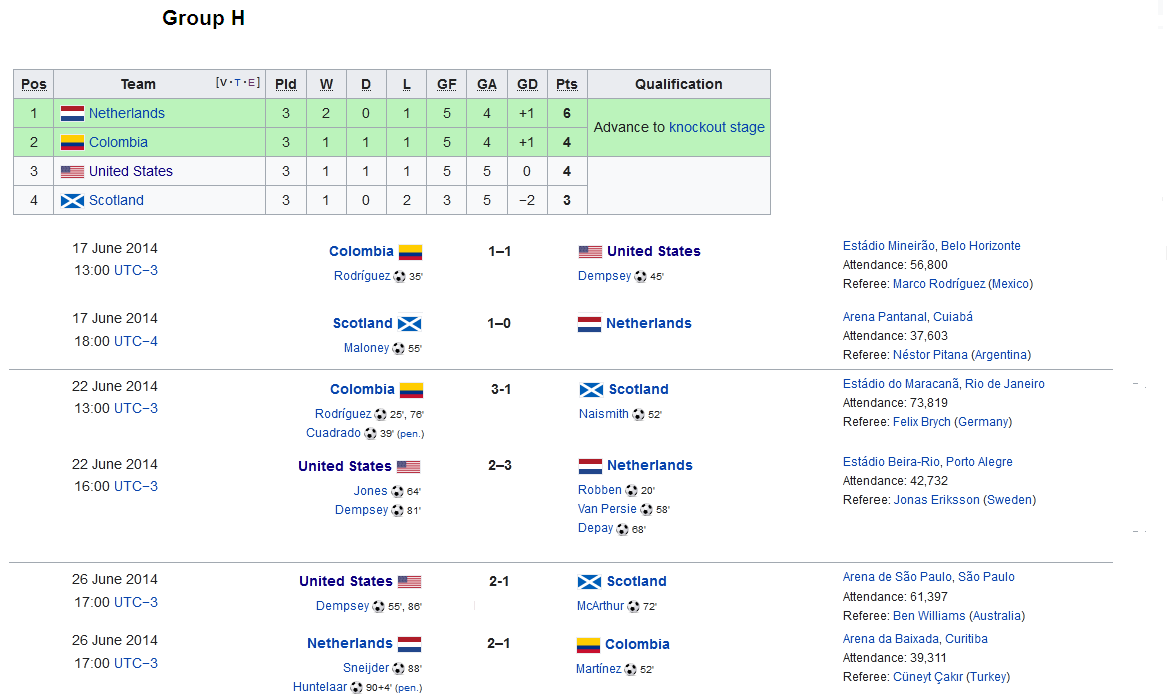