沒有國民黨就沒有中國, Without the Kuomintang there would be no China, A Republic of China Story

What’s Chang Li-sheng up to?

U Nu is currently in power.

KingSweden24 said:
What’s Chang Li-sheng up to?
Click to expand...

Secretary-General of the Kuomintang.

Speaking of Burma, how are Sino-Burmese relations?

Will China go towards a technocratic meritocracy which pretty much aligns well with Asian values
Last edited: Apr 21, 2022

Deus_Mechanicus said:
Will China go towards a technocratic meritocracy which pretty much aligns well with Asian values
Click to expand...

Or it could end up a democracy, but not really, since the economic bureaucrats and as you said, emphasis on technocrats will really control the moving parts of politics, just like it happened in Japan post-1945.

Alpha-King98760 said:
Speaking of Burma, how are Sino-Burmese relations?
Click to expand...

Pretty good. China does claim a chunk of Burmese territory but they aren't pushing that issue.

Deus_Mechanicus said:
Will China go towards a technocratic meritocracy which pretty much aligns well with Asian values
Click to expand...

CELTICEMPIRE said:
Pretty good. China does claim a chunk of Burmese territory but they aren't pushing that issue.

Good, good. So I take it Nanjing wouldn’t like Ne Win staging a coup?

Alpha-King98760 said:
Good, good. So I take it Nanjing wouldn’t like Ne Win staging a coup?
Click to expand...

They wouldn't like it, though they may or may not do anything about it.

CELTICEMPIRE said:
They wouldn't like it, though they may or may not do anything about it.
Click to expand...

I also think, that China is involved in the insurgency in Burma (something that in our timeline, has existed since 1948).

Windows95 said:
I also think, that China is involved in the insurgency in Burma (something that in our timeline, has existed since 1948).

Yes, though they're much more focused on the more serious issue of Communists in Vietnam and Laos.
三十五, Macau

The Republic of China had done a good job of undoing China’s century of humiliation. Land had been returned to China and unequal treaties had ended. But the legacies of European imperialism remained. One such legacy was the Portuguese colony of Macau. Portugal had been in China long before any other European power. The Portuguese Presence in Macau went all the way back to the 16th century. Portugal was also the European power most committed to retaining it’s colonial holdings. The majority of the population there was Han Chinese. Similar to other parts of the Portuguese Empire, the natives did not have the same rights as the Portuguese. By the mid-20th century, the native population of Macau was losing its patience with Lisbon. 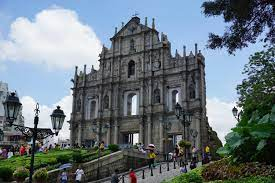 (The ruins of St. Paul's Cathedral in Macau shows the Portuguese influence in the city)​
The geopolitical situation had changed in a relatively short period of time, and it had not changed to Portugal’s advantage. Instead of a fractured nation, China was now a unified, rising power. In the event of a war, Portugal would not be able to do anything to stop China from quickly seizing the city. Thus, an uneasy peace continued, with the Portuguese colonial administrators understanding that China could swoop in at any moment. Fears of a Chinese invasion became more real when India took Goa. Despite this, China would not take Macau by force. Chiang Kai-shek wanted the transfer of power to be peaceful. China also had much more pressing concerns than Macau for most of his time in office.

Behind the scenes, China had agitators stirring up trouble in Macau (as well as Hong Kong). The Kuomintang was active in Macau, and membership in the Macau KMT grew exponentially in the years following the end of the Civil War. The KMT soon became the largest and most influential organization representing the Chinese population of the city. Occasionally, local Kuomintang activists would lead protests against the Portuguese governing authorities. Sometimes protests would turn into riots and would need to be put down by those authorities. In 1962, one such riot led to the death of two rioters by police. Relations between Chinese and Portuguese continued to sour. Local activists called for democratic elections. Knowing that elections would see the Portuguese minority heavily outvoted, the authorities would not budge.

As the 1960s went on, Chiang Kai-shek began to take more interest in Macau. Part of the reason for this is that he became increasingly worried about maintaining good public opinion. He sought to take advantage of the rising discontent within the Portuguese colony. In the Summer of 1964, the Chinese government funded activists in their efforts to organize reunification marches. These marches were accompanied by strikes and acts of civil disobedience. Governor António Lopes dos Santos declared the protests illegal, and the police began to arrest protesters. This caused even more unrest and violence between protestors and the police ensued. 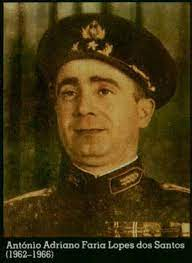 (António Lopes dos Santos)​
All this time the government of China called upon the Portuguese colonial government to enter negotiations with the protesters. While Portugal initially rejected these offers, they soon changed their tune. China had increased its military presence in Guangdong Province, where soldiers under Dai Jitao were considered a threat even if Chiang Kai-shek’s official position was peaceful reunification. More importantly, China threatened to cut off food shipments into Macau, something the Macanese heavily relied on. Portugal clearly had to make a compromise. What was determined was that the government would negotiate with the protesters. The Chinese would have to be allowed to have a say in the city’s government. An assembly was formed. 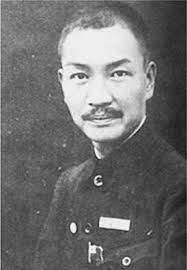 (Dai Jitao)​
The Macanese assembly in 1964 consisted of Portuguese colonials along with local business and community leaders. The Portuguese opposed a transfer of Macau to China, while the majority of Chinese supported it. There was some opposition to reunification among the Chinese population, notably among the gambling magnates and some criminal elements. The Assembly would elect businessman Ho Yin as the first Premier of Macau. He was chosen because of he had good relations with both the Portuguese and the Chinese. While not a member of the Kuomintang, Ho was sympathetic to the KMT agenda. By 1965, the Macanese Assembly was effectively the government of Macau, with Lisbon essentially allowing the assembly to govern the city as it pleased. Later that year, Chiang Kai-shek visited Macau and met with Ho Yin, the de facto leader of the city. The two men discussed the plan for the transition of ownership of Macau from Portugal to China. 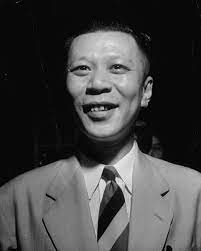 Everyone talks about Hong Kong in timelines where China's suffered from colonialism, not to mention OTL, but I don't think Macau ever really gets any focus. So, interesting look at it ITTL.

Deus_Mechanicus said:
Stanley Ho man was the god father of Asia with 17 children and owned 19 of the 41 casinos in Macau he was the King Of Gambling he died in 2020 at age 98

I don’t know why I wrote this it just popped up and I wanted to share
Click to expand...

I wonder if he’d be a little more… “connected” to certain “societies” in mainland China ITTL, if you know what I mean…

President Eternal said:
Everyone talks about Hong Kong in timelines where China's suffered from colonialism, not to mention OTL, but I don't think Macau ever really gets any focus. So, interesting look at it ITTL.
Click to expand...

Yeah, there's a whole lot less information about people and events in Macau than Hong Kong during this time. I Googled "Macau Kuomintang" in both English and Chinese in order to find people who would be pro-Nanjing leaders in the city and I didn't get many results that had what I was looking for (there were some names of KMT people in Macau, but almost no information about them). Ho Yin OTL was sympathetic to the KMT at first but later supported the Communists (his Wikipedia picture is of him with Mao Zedong).

This article on Chinese Wikipedia is about people outside of the ROC who support the ROC. There's lots of people and groups in Hong Kong (including a link to a separate page). Macau is not mentioned once.

Also, if you put Chinese articles into Google translate you get some hilarious lines like this:

How are the triads faring under the ROC?

Alpha-King98760 said:
How are the triads faring under the ROC?
Click to expand...

Despite the ROC getting tougher on crime in the 1960s, their crackdowns on organized crime are nothing like what happened OTL under Mao Zedong.
Threadmarks
Reader mode
You must log in or register to reply here.
Top
Share:
Share
Top